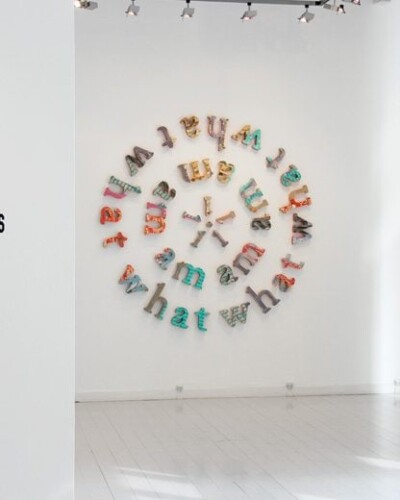 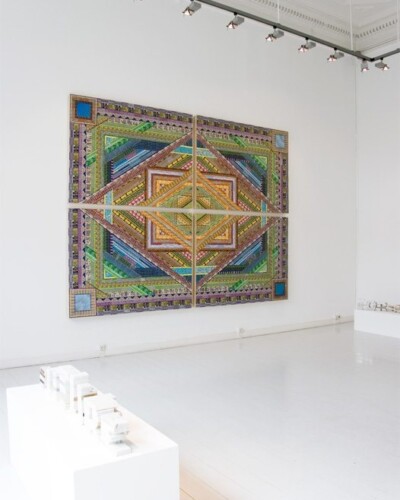 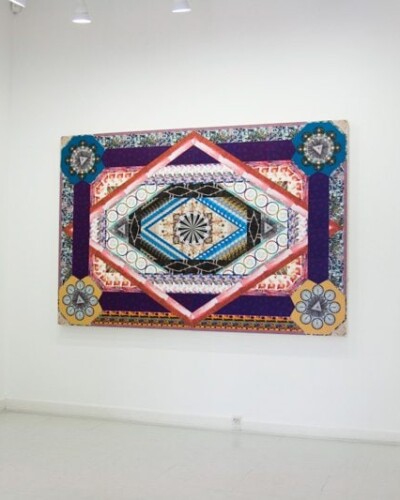 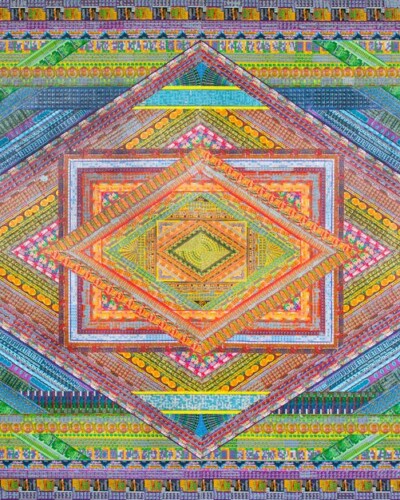 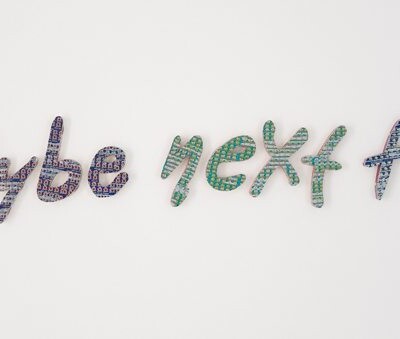 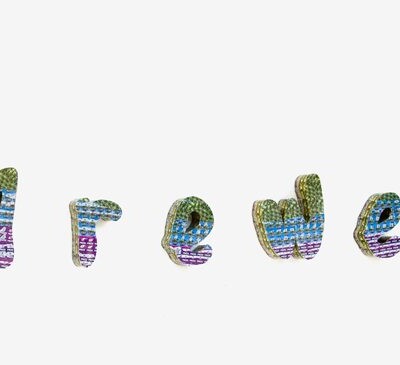 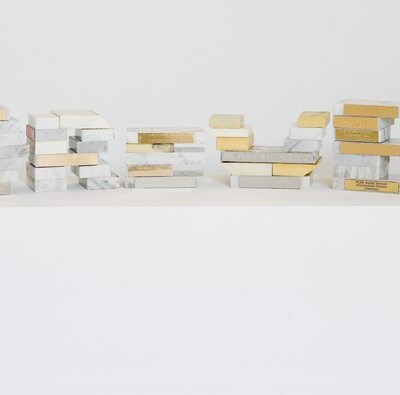 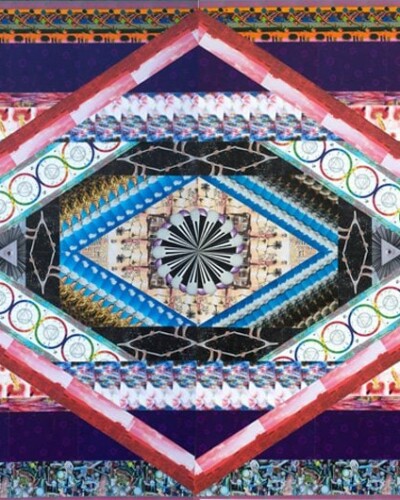 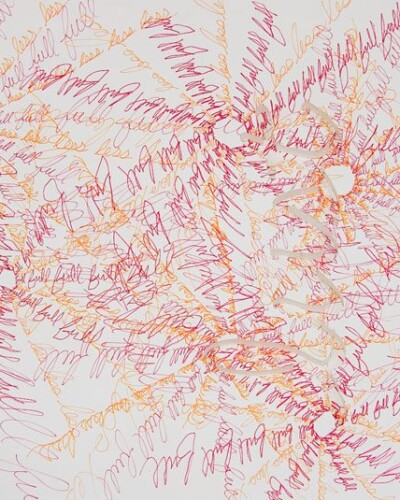 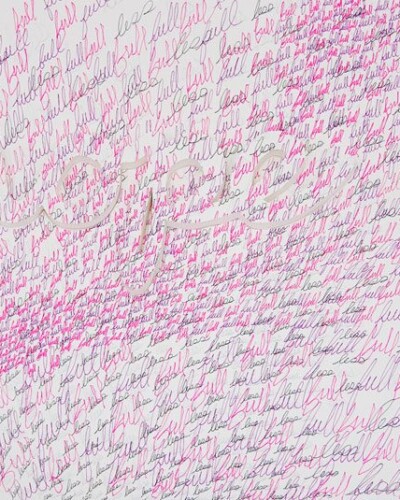 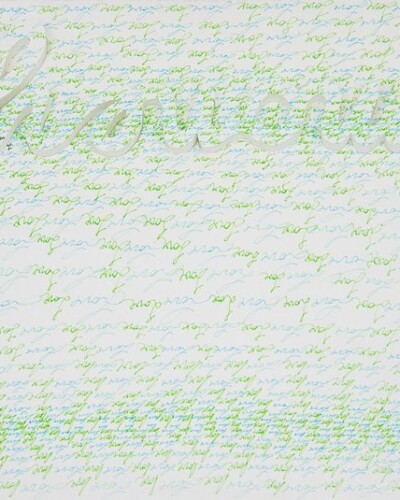 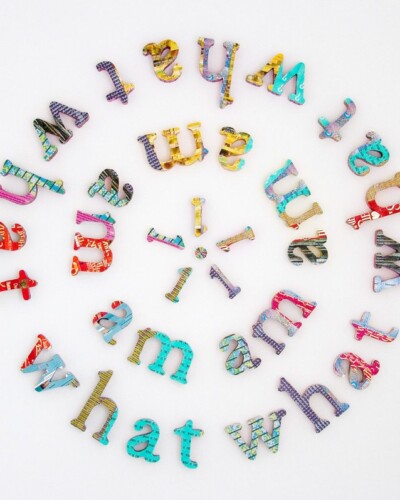 Ghost Of A Dream, i am what i am/ what i am, 2011, discarded lottery, romance novel covers, self help book covers, bible tracts, and postcards on styrofoam and plywood with uv coat 72” x 72” x 3” 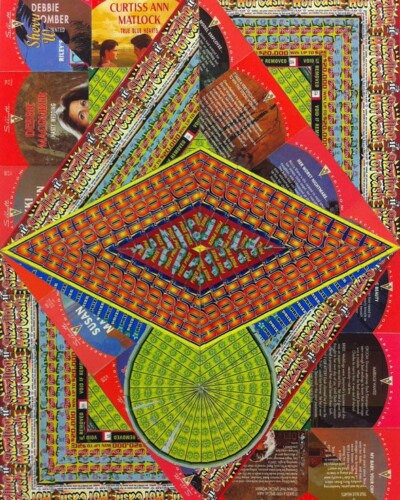 Ghost Of a Dream, There was a lot at Stake!, 2011, romance novel covers and discarded lottery tickets on panel with UV coat, 51x 76 cm 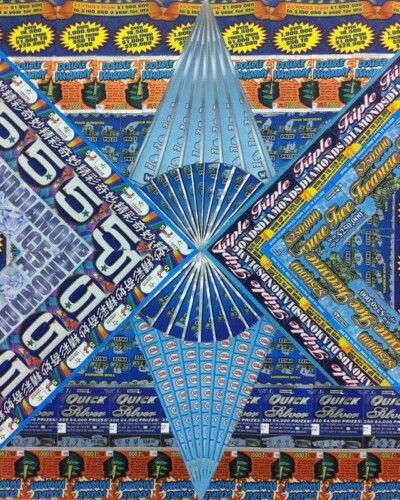 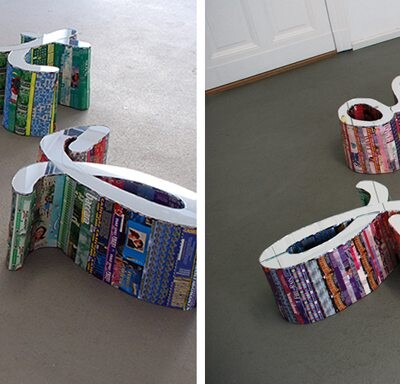 I Am What I Am / 2010, Discarded lottery tickets, romance novels, mirror, and foam, dimensions variable 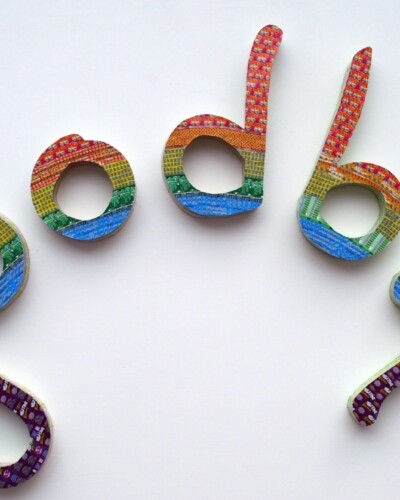 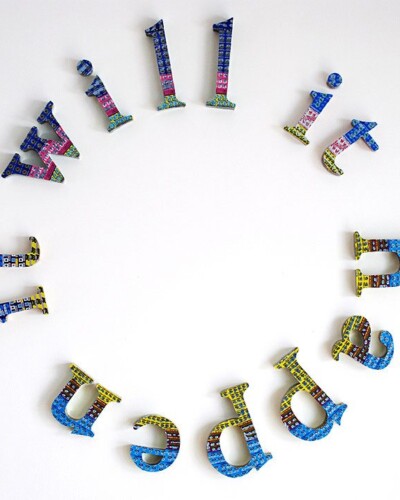 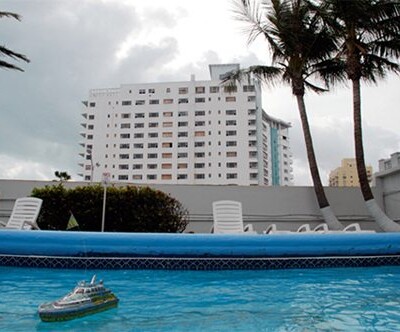 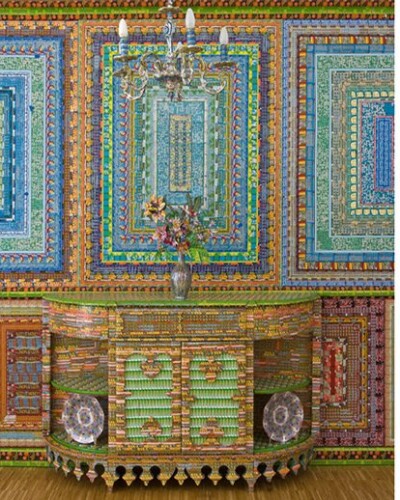 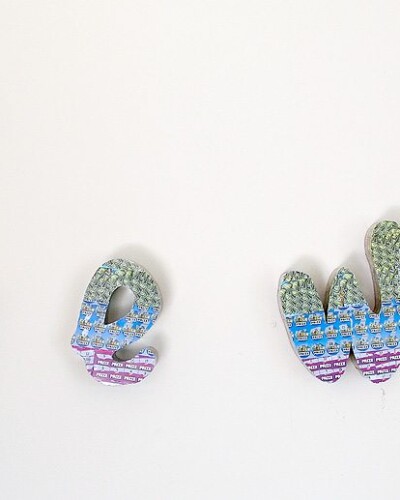 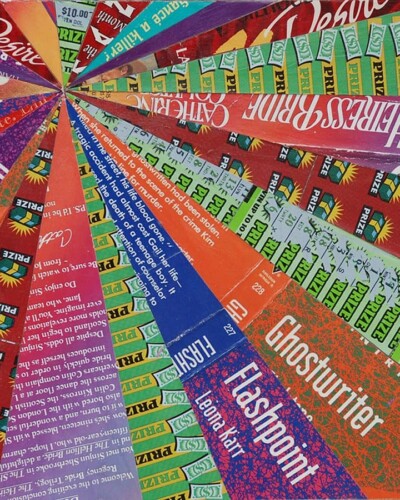 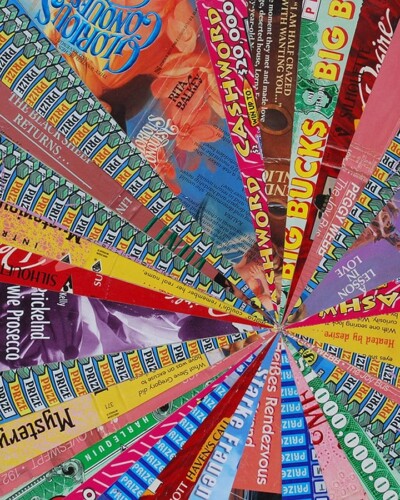 I AM HALF CRAZED WITH WANTING YOU / 2010, Discarded lottery tickets and romance novels on panel with UV coat, 30 x 25cm 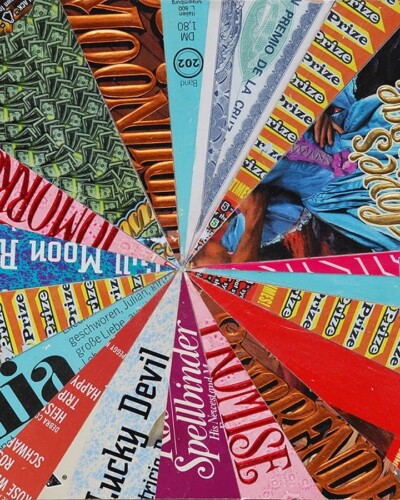 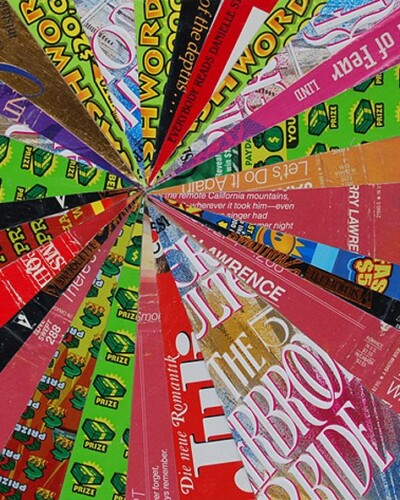 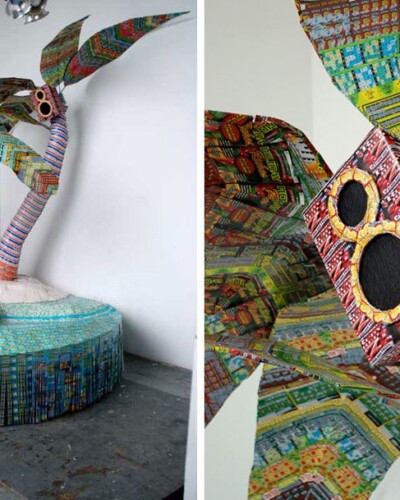 Dream Car / 2008, Discarded lottery tickets worth of $39,000, cardboard, cast plastic, wood, steel, and mirror actual size of a H3 collection of Ripley's Believe it or Not 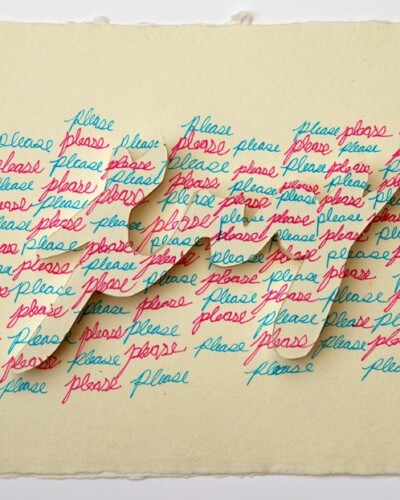 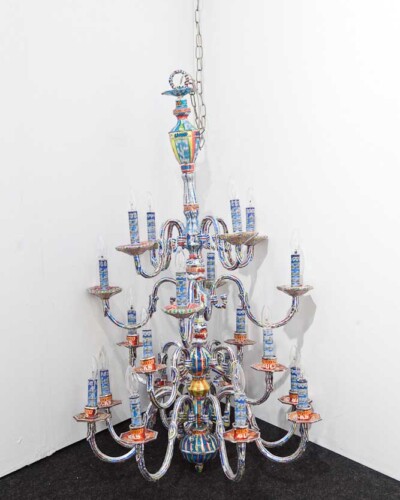 Ghost of a Dream was started in 2006 by artists Adam Eckstrom and Lauren Was, but came into full bloom in early 2008 when they started working more on their collaborative work than their individual projects. They make work based on the common desire and ramifications of fast easy money.  Their current project revolves around the lottery system. As people scratch, choose numbers and place bets, they think about what they would do with all that cash. Ghost of a Dream builds pieces with the spent dreams of loosing lotto tickets. They collect “scratchers” from gas stations, grocery stores, bars, and streets around the world.  The scratch tickets represent real dreams that most times disappear just as quickly as they came.

Eckstrom was born in Saint Paul, MN. Was was born in Philadelphia, PA.  Was and Eckstrom met while attending graduate school at Rhode Island School of Design, where Eckstrom received his MFA in Painting in 2005 and Was received her MFA in sculpture in 2004. They were married in 2007. Their work has been exhibited in New York, Rhode Island, Miami, Berlin, London and Basel. Was and Eckstrom received a grant from RISD in 2008 to make the first piece in the Easy Money series, The Dream Car. Their work has been written about in Time Out, Providence Journal, Intersection Magazine, Art of England, and Chief Magazine among others. In 2008 they received an artists in residence funded by the Joan Mitchell Foundation at Oxbow School of Art. In January of 2009 they received a 6-month residency in Basel Switzerland, which ended in June, at which time they returned to Brooklyn.

EDUCATION OF LAUREN WAS:

1999:
School of the Art Institute of Chicago, BFA Concentration in Sculpture