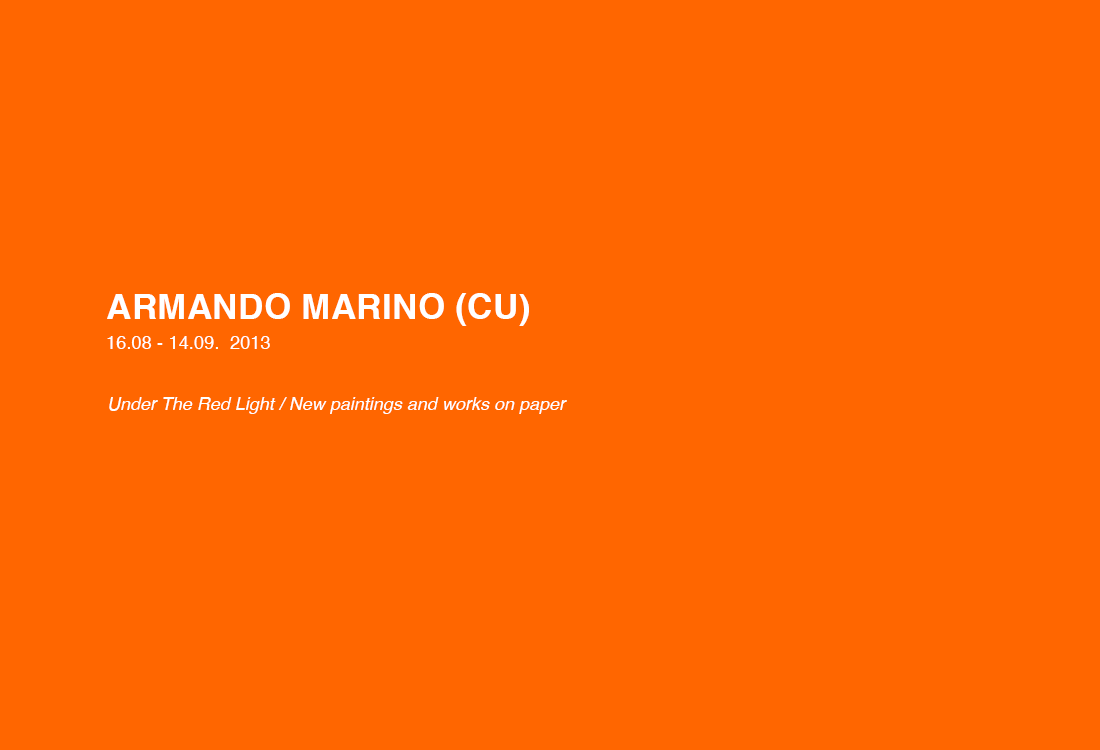 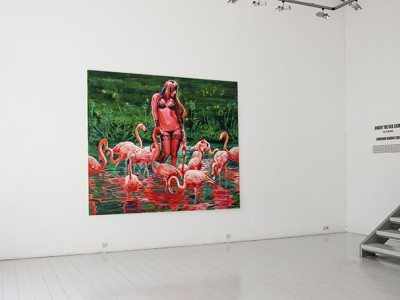 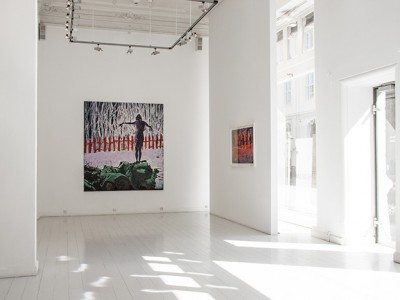 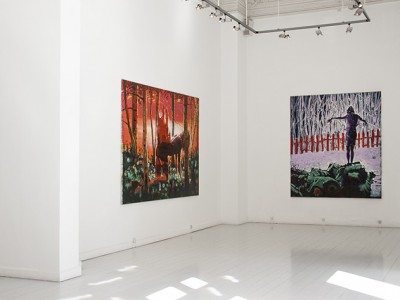 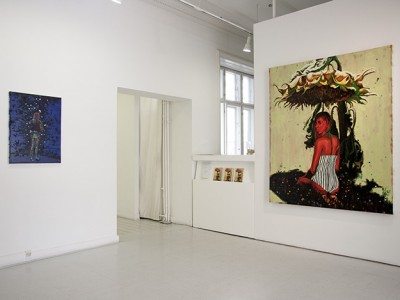 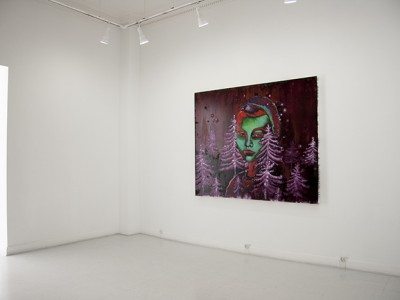 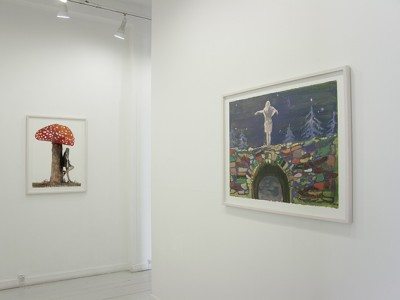 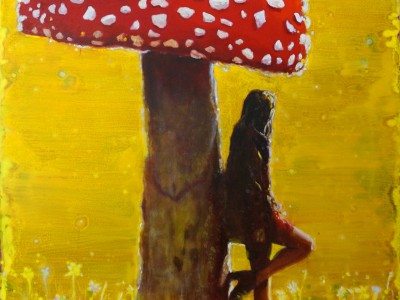 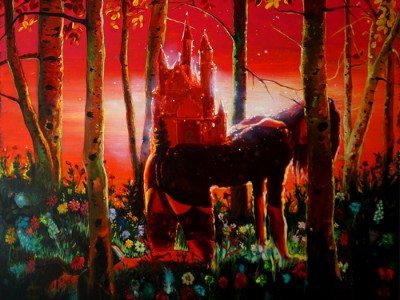 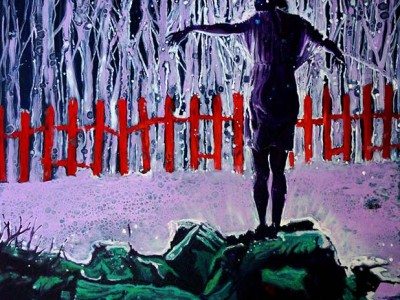 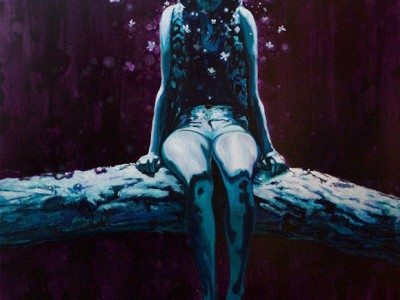 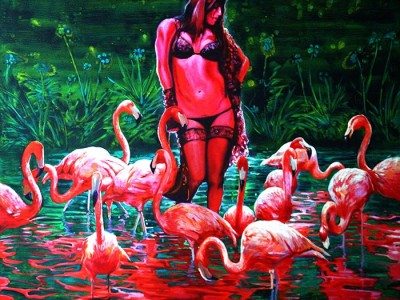 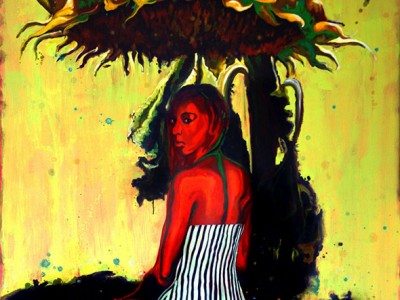 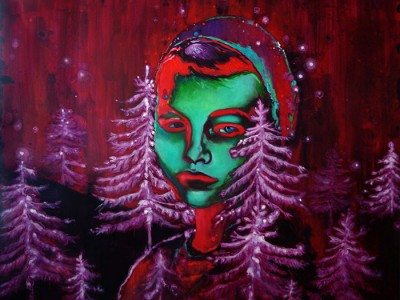 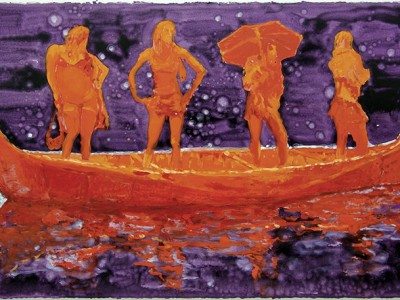 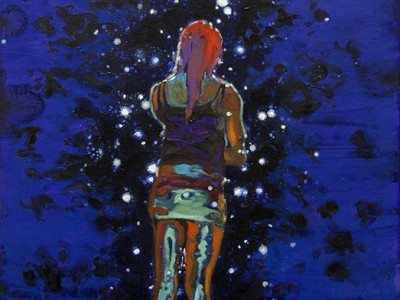 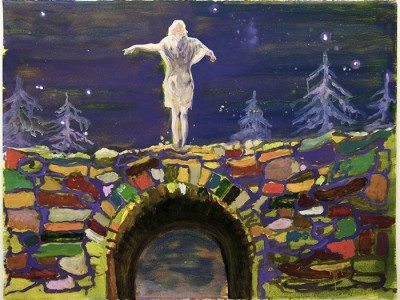 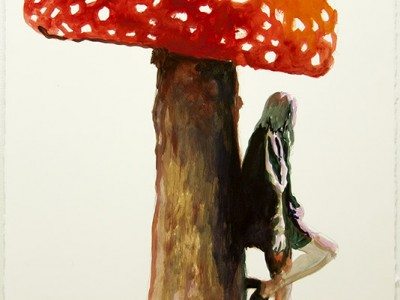 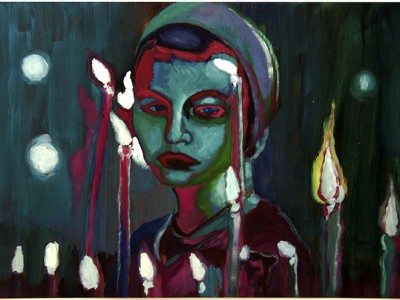 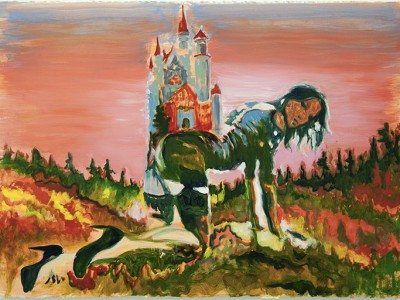 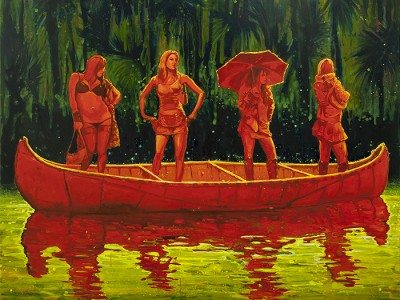 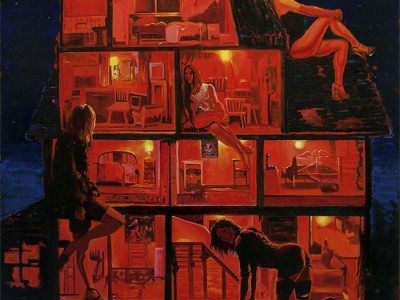 Galleri Christoffer Egelund proudly presents the first exhibition in Danmark by the New York based Cuban artist Armando Marino (b. 1968)

“Under The Red Light” displaying new paintings and works on paper.

”I would like to ski in the mountains, I know it’s impossible for me right now in my situation, but at least I can do it in my dreams”
– Nadia, a prostitute. 25 years old.

The present series of paintings for the Galleri Christoffer Egelund have been inspired by  Nadia`s dream. Her dreams were the only place, where she could be free, untouchable and happy.
The women trafficking and prostitution are common, real problems in our contemporary society. The media coverage is huge, from films, documentaries, TV series, books, etc.. It happens every day, everywhere and at all times, so it was unavoidable for Armando Marino to approach this issue through his work. He has always worked with openess to social conflicts and contemporary reality. That has been the case in previous exhibitions as ”Tervuren Tales”, in Belgium, which investigated the Belgian colonial past and the plunder of cultural heritage of the Congo and “Recent Paintings from the Year of the Protester”, held in NY, 2012, which centered as its name indicates on the Arab revolutions and recently outraged movements occurred in much of the world.
From the beginning, Marino understood that the approach to the subject would be very difficult due to two factors: the complexity of the problem and the fact that this issue has been addressed through art, especially painting, for a long time and by many artists.

The issue is complex because it encompasses both the women forced into prostitution by poverty, the ones born in that context and therefore their vision of the world is conditioned by that situation, those who have been abducted, sold or enslaved, and the ones that do it for pleasure, to get money fast and easy, even to pay their college. Nevertheless, from the sociological point of view there are many “external” factors (political, religious, cultural and social) that define or mold the issue, making it more complicated and difficult to be solved.

Far from addressing the problem from the victimization, Armando tries to analyze some of its facets. For this reason each painting corresponds to a specific idea or situation, comprising from the trafficking of women (Cargo), suicide (The Red Fence), broken dreams or aspirations (I’m Your Princess), to the use or abuse of drugs (Amsterdam).
Each work is very specific in its subject and pictorial realization, something that is common in most of the recent work.

Prostitution has been the subject of many artists and their paintings throughout art history. The prostitute was the lover, the model, the desired object, the obscene secret. Its images populate hundreds of works in the traditional Western and Eastern painting and many of these paintings have become masterpieces like Manet’s Olympia or The Demoiselles d’Avignon by Picasso.

Armando Marino believes what really defines prostitution in our time is the trafficking of women. Based on this belief his paintings explore the effects of such trafficking for prostitution in contemporary society. Photographs taken from the web, magazines, films or books, inspire all paintings in this exhibition. The compiled images are then transformed and recreated according to a specific idea.The original context disappears to give rise to a new context, symbolic or metaphorical, surreal, painterly and in some cases, oniric, which allows him to deflect the immediate reference from its source, while expanding the semantic universe of the artwork.

Marino’s intention is to confront the viewer with the complexity of this issue. Giving no clear references of place or people, diluting the reality, replacing the white and black for an infinite color spectrum, characteristic of our contemporary visual art, thus helping to erase our preconceptions and prejudices about a subject that deserves our attention, now more than ever.?

Galleri Christoffer Egelund cordially invites you to the opening of the exhibition “Under The Red Light” on Friday August 16th from 4pm – 7pm. At the opening reception Armando Marino will be present. The show will run until September 14th 2013. Opening hours: Monday – Fiday from 11-18, Saturdays from 12-16. For further information and press photographs, please contact the gallery at: info@christofferegelund.dk or at +45 33 93 92 00.