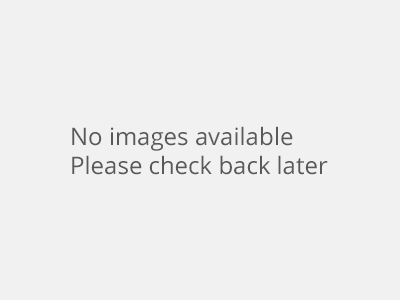 It´s been four years since Marco Evaristti´s last show in Copenhagen. During these years the ever engaged artist has had two solo museum shows, one at the National Gallery in Bangkok (2012), the other at Trapholt Museum of Modern Art (2013), as well as participated in a group show in Marianne Boesky gallery in Chelsea, NYC. In 2012-2014 he ran his own architectural studio based in both Copenhagen and Bangkok, combining his education as an architect with his artistic mind, while working on the concept and entire design, including a series of furniture, for a boutique hotel, U Sukhumvit, in the busy Sukhumvit area in Bangkok.

An artist at heart he kept producing art along the way, which we are pleased to be showing for the first time in Copenhagen.

Last year, in April 2015, Evaristti completed the fifth project in his comprehensive land scape painting projects, when painting an Icelandic geysir red using fruit colour. In 2013 the ”canvas” was a frozen waterfall in Norway. Hanging in a rope from the top edge of the waterfall, Evaristti succeeded in painting it piece by piece, carrying a small container with the colour on his back and a simple, manual pump system that he used while working his way the 70 meters down the fall. The painting of landscapes, using the landscape itself as canvas, took its beginning in 2004 in Greenland. Evaristti, in minus 23 degrees, mounted a drifting iceberg and worked for four hours with a fire extinguisher hose as his brush, until the entire iceberg was covered in red fruit colour.  He then declared ”This Iceberg is mine”, and left it again. The second and third project took place on the summit of Mont Blanc in 2007 and in the Sahara in 2008.

Each project is characterized by an enourmous amount of work – leaving the result only the time it takes for the colour to naturally disappear again. Each project is documented, and these very unique and disturbingly beautiful photos are on show – the last two for the first time in Copenhagen.

Painting is what happens at night. The past few years the city – as contrast to the landscape interventions – has been a source of inspiration. In Cityscapes we meet a series of black & white paintings densely packed with highrises. Some of the buildings are recognisable, but mainly they are the epitome of modern cities, depicting the choice of Man to gather in constructed communities. The place we live have a great impact on us. We identify with it. You don´t just live in New York. You are a New Yorker. Or Londoner, Copenhagener…

Placed on top of or leaning against the buildings, sometimes linking one to another, are an endless number of ladders. Highrise buildings and ladders have been signature motifs in Evaristti´s work throughout his career – symbolizing an ever ongoing striving to the top – recalling the myth of Sisyphus, who was punished by the Gods to carry a stone to the top of a mountain. Only to loose hold of it once the top was reached, seeing it tumble down, doomed to start all over again. French-Algerian philosopher, Albert Camus, saw this myth as a depiction of our everyday life – each day repeating the previous day.

In Evaristti´s cityscapes the man made highrises, the omission of Man and the ladders going  up – or down? – points in direction of raising questions about the choices we make, how we live, and how Man chooses to gather up in cities – removing him self from Nature.

A central painting in his Cityscapes series – an impressive five meter long painting – will be at the show.

Ever consumed with society´s issues, Evaristti is one of the artists who, from time to time, directs his work at a current situation. In the months leading up to the election on 18 May 2015 he got very affected by the tone among the politicians and in society as such. As a consequence he decided to spread his Pink State message – which at it´s core is all about humanity and brotherhood – and pour red fruit colour in fountains across the entire country. This happened in a simultaneous performed action at 4:30 in the morning for the Danes to wake up to on election day.