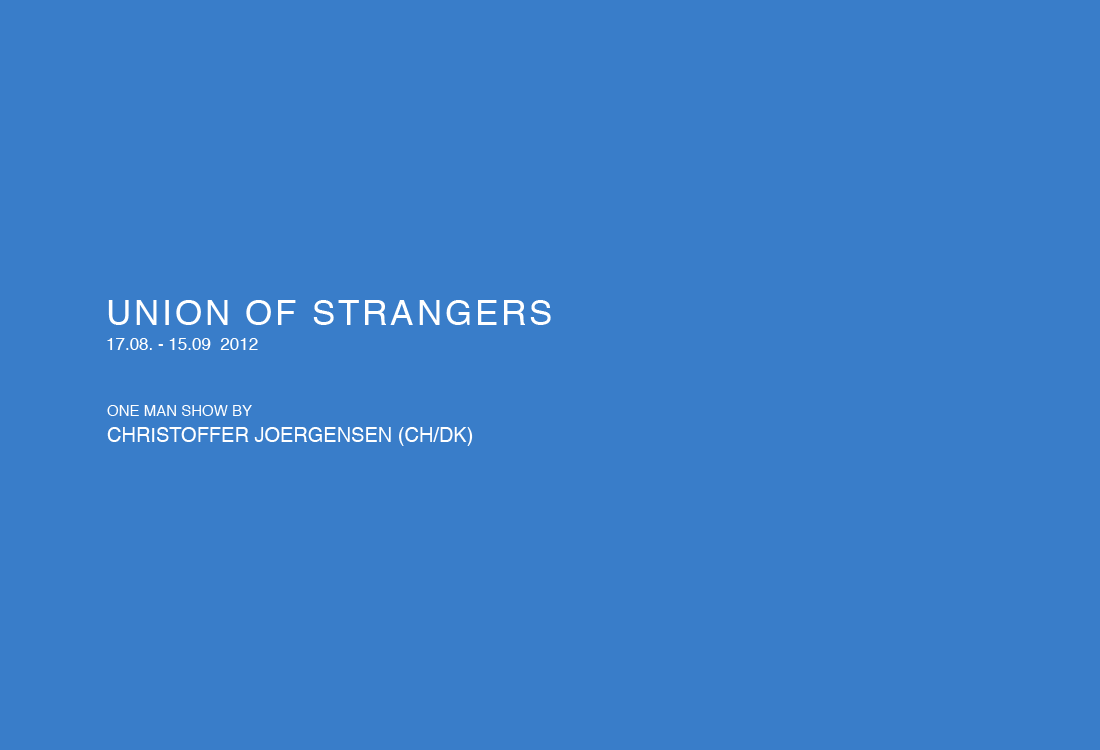 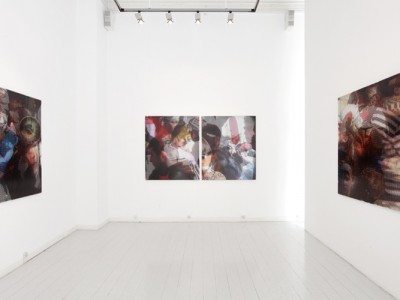 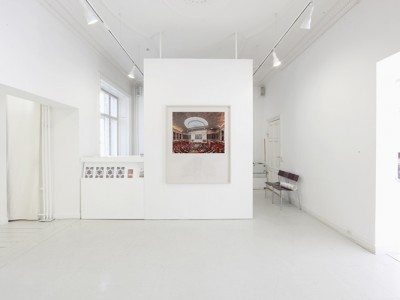 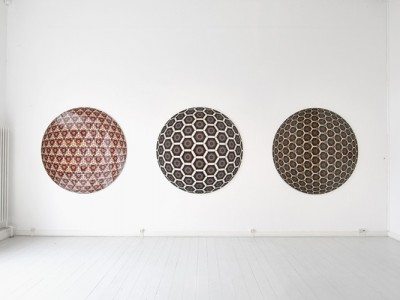 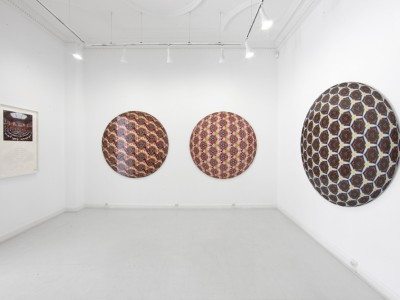 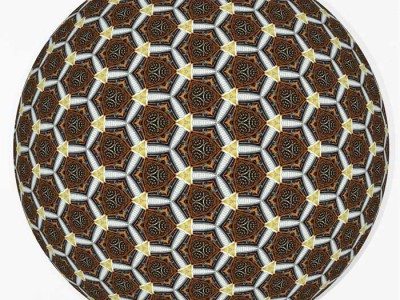 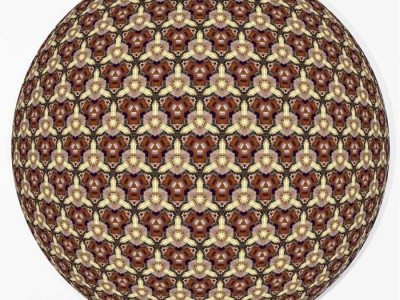 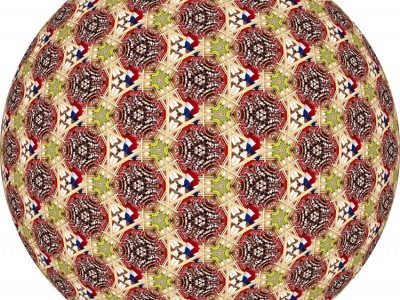 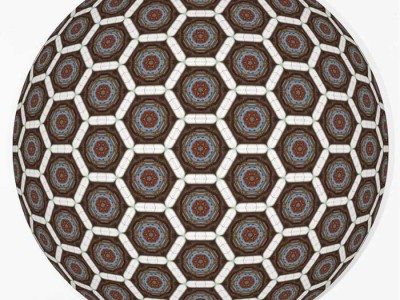 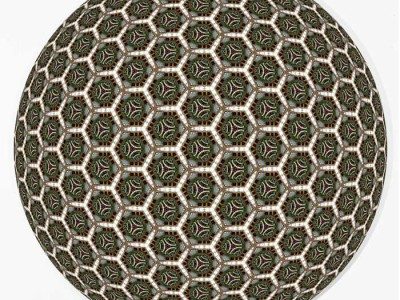 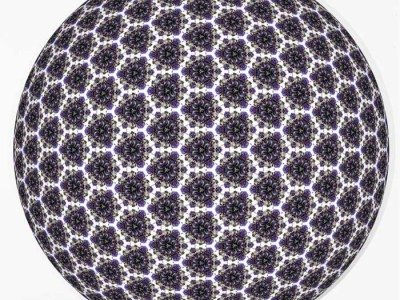 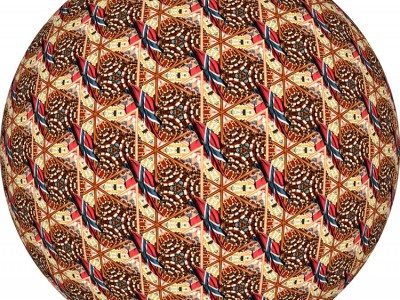 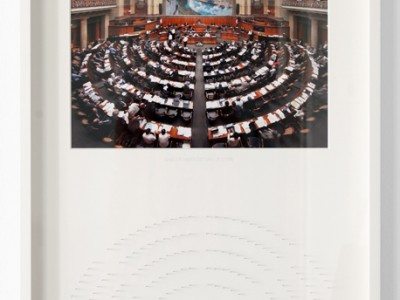 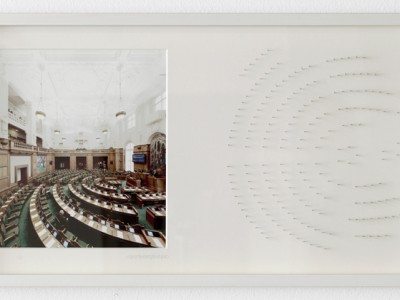 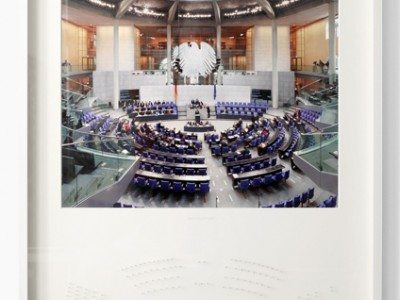 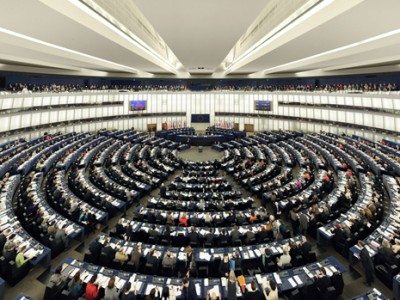 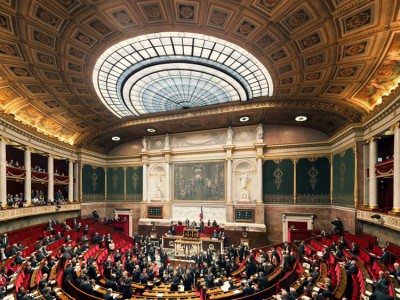 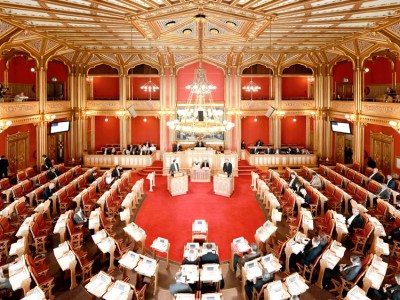 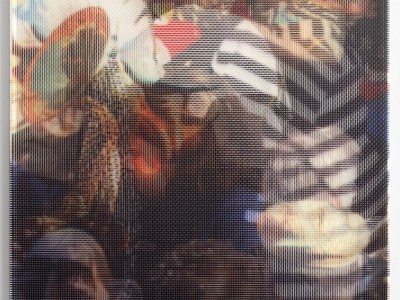 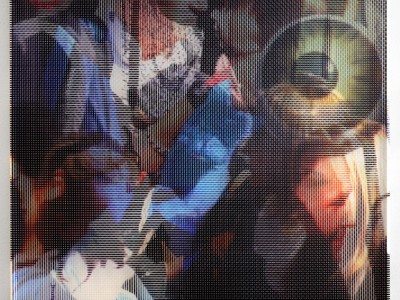 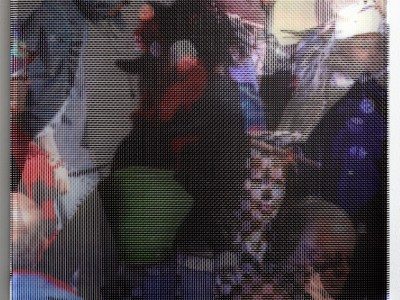 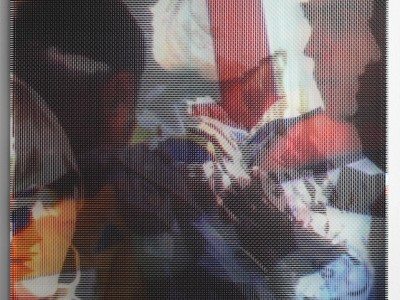 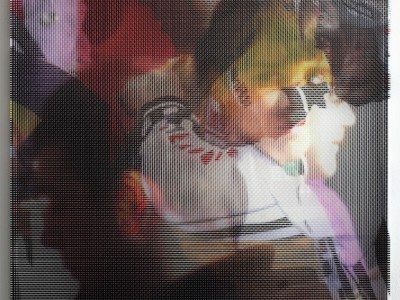 Galleri Christoffer Egelund proudly present the first solo show in Denmark with the talented Danish/Swiss photo artist Christoffer Joergensen (b. 1978). The title “Union of Strangers” refers specifically to the field of tension between alienation and identity that Joergensen is concerned with both in his “Grogram”- and his “Parliaments” projects. His photographic works get great attention for it’s original expression, and his unconventional way of using the medium.The Grogram project combines digital photography with meticulous craftsmanship. Joergensen creates a Grogram image by manually cutting two of his crowd photographs into thin strips and then weaving them together to form a new image. Because of the process, the people in the crowds loose their individuality and are turned into types strangely isolated from each other. It takes up to three weeks to create a Grogram work, and the result is best described as a novel form of collage.Joergensen’s “Parliaments” project consists of two formally distinct yet conceptually resonating series. The first series ”Plenary Halls” focuses on a number of parliament halls. Focus is on the spatial and architectural appearance of the parliament halls as well as on their function as symbols of nationhood. Multiple photographs of each hall are seamlessly combined on the computer to form large-format wide-angle images. The seating arrangement in the foreground, the presidium and the ceilings are essential elements in the compositions. “State Ornaments” is the title of the second series of “Parliaments.” Here Joergensen takes triangular fragments of his plenary hall pictures and turns them into hexagonal patterns. In every hexagonal cell, one discerns tiny politicians presumably engaged in issues of national and international importance. The digital creation and spherical illusion results in parliamentary halls, which appears to function as self-referential systems in association with floating planets, beehives or the kaleidoscopes. Christopher Joergensen was born in Denmark but lives and works today in Switzerland. During 2002-2004 he graduated with an MA in photography from the Royal Collage of Art in London. Joergensen has participated in several group exhibitions at Galleri Christoffer Egelund and is today one of the gallery’s permanent artists. He has also been represented at Charlottenborg´s Spring Exhibition and he has had several solo exhibitions in Switzerland.Galleri Christoffer Egelund invites You to the opening of the show ”Union of Strangers” on Friday August 17th from 4pm – 7pm. At the opening Christoffer Joergensen will be present. The exhibition will run from August 17th – September 15th. Opening hours: Monday – Friday from 11-18, Saturdays from 12-16. For further information and press photographs, please contact the gallery at: info@christofferegelund.dk or at +45 33 93 92 00.