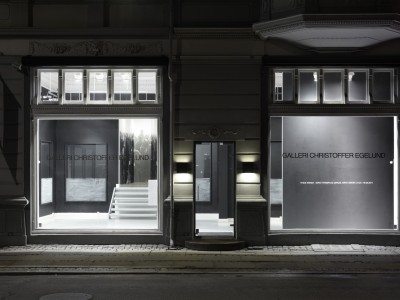 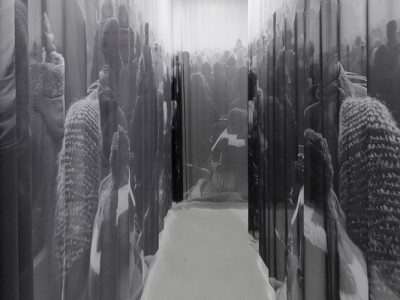 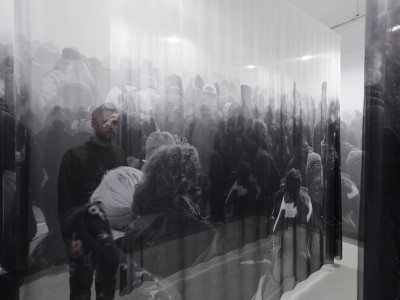 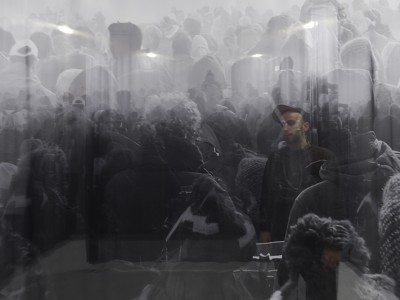 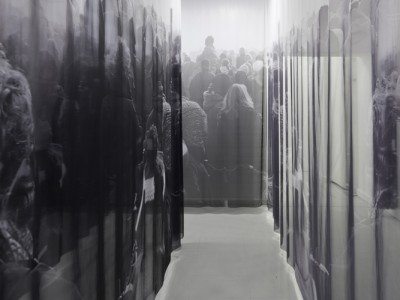 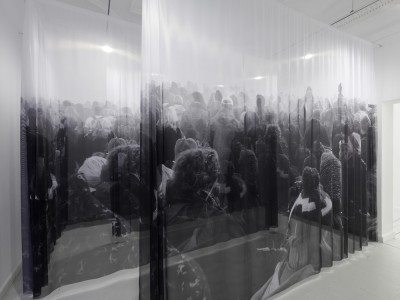 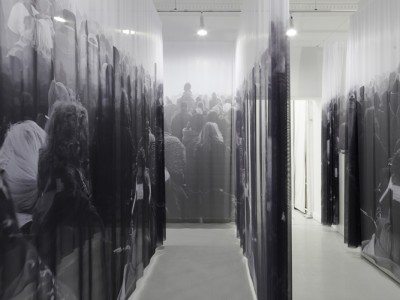 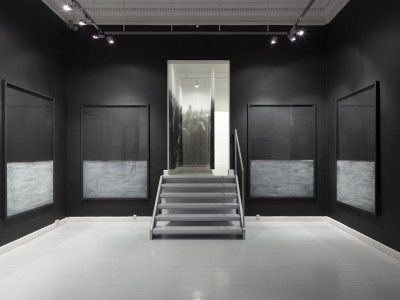 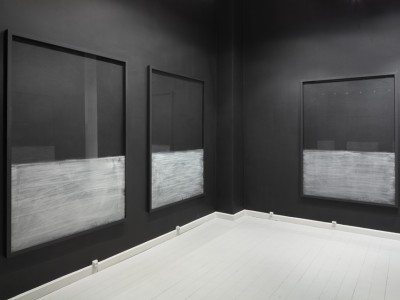 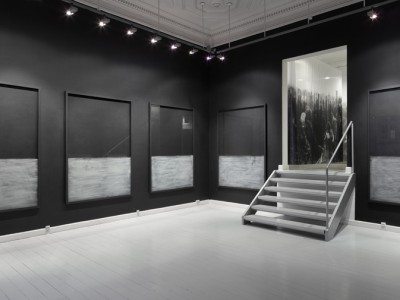 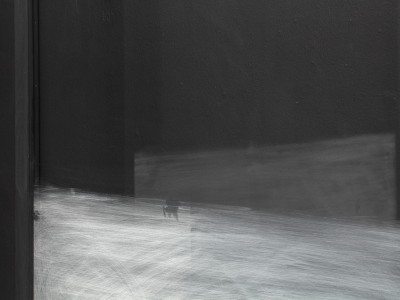 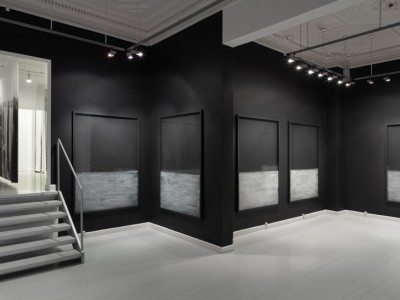 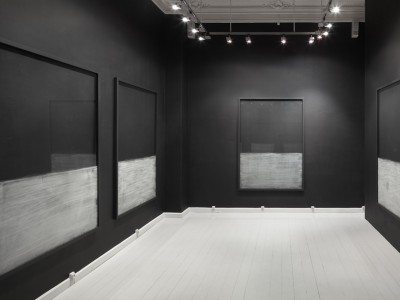 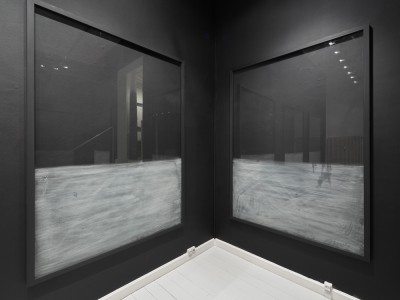 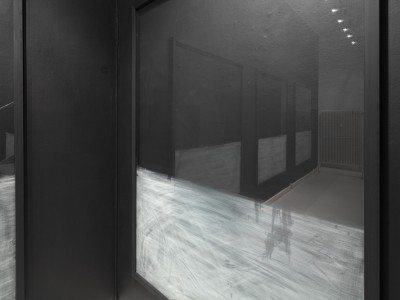 Galleri Christoffer Egelund is proud to start out 2011 by presenting no less than two exhibitions in the gallery. From January 21 you can experience the solo exhibition ”GRAY TRAMPLED GRASS. GRAY SNOW” showing new installations by the Danish artist Theist Wendt, who is also releasing his book: ”Shape shifter – Paperwork’s by Theist Wendt”. Simultaneously in the Project Room, the group show ”ALL OF A SUDDEN” is presented, displaying new works by three young Danish artists; Malta Fisker, Silas Inoue, and Agnete Krogh Vinkler.

The exhibition “GRAY TRAMPLED GRASS. GRAY SNOW” by Theis Wendt (b. 1981) marks a new direction for the artist, towards a more purified visual style than previously seen in his artistic oeuvre. Up until 2010, Wendt’s works have mainly consisted of figurative, aggressively detailed, narrative works on paper. This exhibition, however, presents a much more contemplative, pure and conceptual experience, where both expression and content are cut to the bone and where meaning is freer flowing and the narrative is not instantaneously readable.

When you enter the gallery’s first room you meet a visually open and straightforward conceptual installation, consisting of a series of glass sheets in large formats. Each of them has an equally levelled horizon line sanded into the surface, and they are all mounted on black gallery walls. The viewer is immediately involved and included in the installation by means of the glass sheets’ heavy mirroring effect. At the same time, the scratched lower half of the glasses compels the viewer’s eye to also zoom in on the work’s tactility and materiality. The installation is thus communicating and in motion and leads the viewer to reflect both upon his own presence and the work itself. The installation in the gallery’s second room is otherwise exclusionary and claustrophobic, but it retains simplicity due to a serial repetition of printed, transparent banners. The motif is a mass event, a photograph of a demonstration. The photographs are post-processed so that all individual characteristics are removed. Signs, banners and faces are airbrushed away, left is a faceless crowd facing an unknown destination. The visual experience is flickering and mirage-like. The banners hang as room dividers surrounding the viewer, thus placing him in the middle of the postulated mass assembly. Rather than adding or contributing, the two installations investigate the potential of removing elements from the expected shape – thereby leaving the exhibition as a void.

The exhibition is accompanied by the book “Shapeshifter” which demonstrates the artist’s direction from an expressive, energetic and figurative jumble of lines to a more conceptual and purified expression, which in 2010 led to a kind of “tabula rasa” – a point zero in Wendt’s visual language, from which this exhibition takes off. The post apocalyptic title “GRAY TRAMPLED GRASS. GRAY SNOW” also stresses the artist’s fascination with total destruction to attain pure form, from which new associations and meanings can emerge.
Theis Wendt graduated from the Royal Danish Academy of Fine Arts in 2008 and has already exhibited far beyond the borders of Denmark, including in Basel, Istanbul, Bergen, Dusseldorf, Hanoi, Stockholm and Malmo. Wendt is also represented in major collections as Københavns Billedkunstudvalg, TrygVesta, Novo Nordisk and Nykredit.

PROJECT ROOM: “ALL OF A SUDDEN”
In the gallery’s Project Room Galleri Christoffer Egelund is also proud to present the group exhibition “ALL OF A SUDDEN”; showing new paintings, drawings and objects by three promising young Danish artists. Agnete Krogh Vinkler (b. 1983) graduated from The Royal Danish Academy of Fine Arts in 2008, and Malte Fisker (b. 1988) will be graduating in 2012. Silas Inoue (b. 1981) graduated from The Danish Design School in 2010.

Gallery Christoffer cordially invites you to the private view of the solo exhibition ”GRAY TRAMPLED GRASS. GRAY SNOW” and the group show “ALL OF A SUDDEN” on Friday, January 21 from 4pm to 8pm. The artists will be present at the opening. The exhibition will subsequently be on show during the period January 22 – February 19, 2011. Opening hours: Monday-Friday 11am to 6pm, Saturdays 12pm to 4pm. For further information about the exhibition and press photos please contact the gallery on info@egelund.dk or visit www.gce.nu